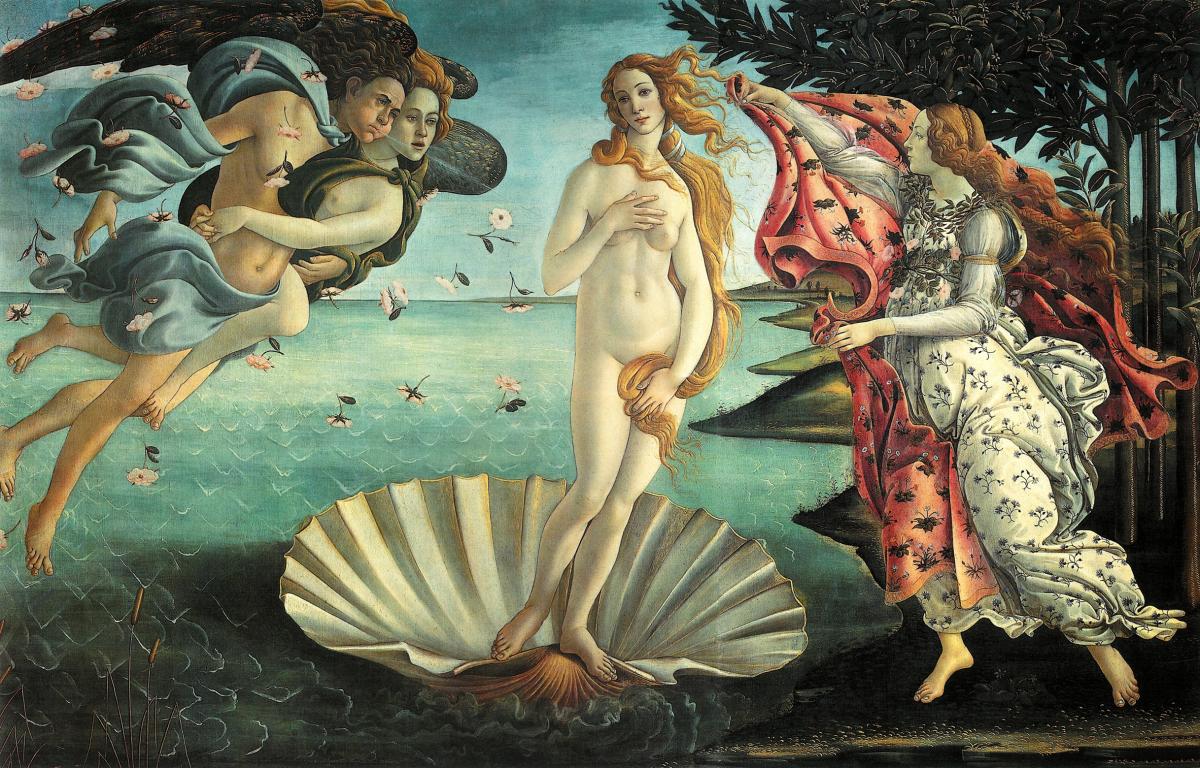 What comes to your mind when you think about Florence? Beautiful natives in their birthday suits like Michelangelo's David or Botticelli's Venus? The Medici banking family and the Renaissance? Galileo and his role in the scientific revolution? Gucci and its stylish range of leather goods? Ferragamo's inimitable shoes? Definitely too many artworks/inspiring people, isn't it?

Starting with the assumption that a life wouldn't be enough to explore the city in depth, we've compiled our list of the 20 unmissable museums, so that you can go back home and have no regrets.

1) You can't go to Florence without visiting the Uffizi Gallery; similarly, it would be a crime to go to New York and not to visit the Metropolitan Museum of Art. Situated on the top floor of a large building designed by Vasari in 1560, it holds the world's finest collection of Renaissance masterpieces (e.g. the Allegory of Spring and the Birth of Venus by Sandro Botticelli, the Madonna of the Goldfinch by Raphael, the Battle of San Romano by Paolo Uccello...). In May 2013, the British newspaper The Times awarded the Uffizi the first-place ranking in the survey of “The World's 50 Greatest Galleries”... we recommend you buy your tickets in advance since queues outside can be quite scary!

2) The Accademia Gallery is the second most popular art museum in Florence and a must-see for anyone who's in love with Michelangelo: THE STAR – the original David – is currently housed here, along with many other sculptures by the High Renaissance Master. The Accademia is also home to some important paintings from the 15th and 16th centuries, Pacino di Bonaguida's Tree of Life and a number of statues by Lorenzo Bartolini and Luigi Pampaloni.

3) The Boboli Gardens represent one of the earliest examples of Italian landscape gardening and a real open-air museum; located behind the Pitti Palace, they were begun by Niccolò Tribolo in the first half of the 16th century and continued by Bartolomeo Ammannati, Giorgio Vasari and Bernardo Buontalenti.

4) The Vasari Corridor is an elevated, enclosed passageway connecting the Palazzo Vecchio with the Pitti Palace; built by Giorgio Vasari in 1565, it begins on the south side of the Palazzo Vecchio, joins the Uffizi Gallery and leaves on its south side. It then crosses the Lungarno degli Archibusieri, follows the north bank of the Arno River and crosses the Ponte Vecchio. After the Bridge, it passes through the Church of Santa Felicita, down the roofs of the buildings in the Oltrarno district and finally joins the Palazzo Pitti. Since it opens to the public only a few times a year, if you find it open, you can't miss the opportunity.

5) Also known as Palazzo della Signoria, the Palazzo Vecchio is the Florence City Hall, a museum and one of the most important palaces in Italy. The itinerary includes the huge paintings of the Hall of the Five Hundred, the private quarters of Cosimo I de' Medici and Eleonora di Toledo and much more besides.

6) The Palazzo Pitti was purchased by the Medici family in 1550 and remained the official residence of the Habsburg-Lorraine court until 1919. Fully open to the public, it is home to the Silver Museum, the Palatine Gallery, the Royal Apartments, the Gallery of Modern Art, the Porcelain Museum, the Costume Gallery and the Boboli Gardens.

7) Sometimes called the “Sistine Chapel of the Early Renaissance”, the Brancacci Chapel was begun by Masolino in the first half of the 15th century and continued by Masaccio. The famous frescoes illustrating scenes from the Life of Saint Peter are mainly acclaimed for Masaccio's revolutionary use of linear perspective and the contrasts between light and shade.

8) Since World War II, Palazzo Strozzi has been Florence's largest temporary exhibition space and is currently home to some of the most interesting art exhibits in the whole of Tuscany. Don't forget to check if there's something you might be interested in.

9) A former barracks and prison, the Bargello National Museum houses a remarkable collection of Tuscan Renaissance masterpieces, including works by Michelangelo, Donatello, Giambologna and Benvenuto Cellini.

10) The Alinari National Museum of Photography opened in the year 2006 and is basically structured into two parts: a space dedicated to temporary exhibits and a permanent exhibition divided into 7 sections: from the origins of photography to contemporary Italian and international photography.

11) The Museo dell'Opera del Duomo holds many of the original artworks that were created for the Cattedrale di Santa Maria del Fiore (the Duomo of Florence), the Bell Tower and the Baptistery; among the Museum's greatest treasures are Lorenzo Ghiberti's Gates of Paradise and Donatello's penitent Mary Magdalene.

12) The Opificio delle Pietre Dure (Hard Stone Works Museum) is the only one devoted to this subject and features remarkable examples of table tops, stone intarsia works, vases and pieces of furniture.

14) The Marino Marini Museum contains 182 pieces donated by the famous Tuscan artist and his wife Marina to the city of Florence; the collection includes sculptures, paintings, drawings and engravings arranged by state of mind.

15) Florence's National Archaeological Museum comprises the second most important Egyptian collection in Italy after Turin, an Etruscan section, a Greek and a Roman collection.

16) The Galileo Museum houses the only surviving instruments designed by the revolutionary Pisa-born scientist and features the astronomical and mathematical treasures collected by the Medici and the House of Lorraine.

17) La Specola opened in 1775 and showcases 5000 animals preserved through the art of taxidermy; it is also very well known for its huge collection of wax anatomical and surgical models that were copied from real corpses.

18) Housed in the basement of a 13th-century palace, the Salvatore Ferragamo Museum focuses on the history of the Ferragamo fashion empire, the life of its founder and his wonderful creations. The footwear collection includes models created for the most famous Hollywood stars.

19) The Bardini Museum takes its name from the well esteemed antique dealer and art collector Stefano Bardini, whom decided to turn his private collection into a permanent exhibition and donate it to the City of Florence.

20) Inaugurated on 26 September 2011, the Gucci Museum illustrates the history of the world famous fashion and leather goods brand and features a permanent exhibition of suitcases, handbags, scarves, celebrity gowns and other iconic items.

We hope that our tips will help you have a great Florence experience; if you are visiting the city and feel like joining a group tour, contact www.ciaoflorence.it for details!