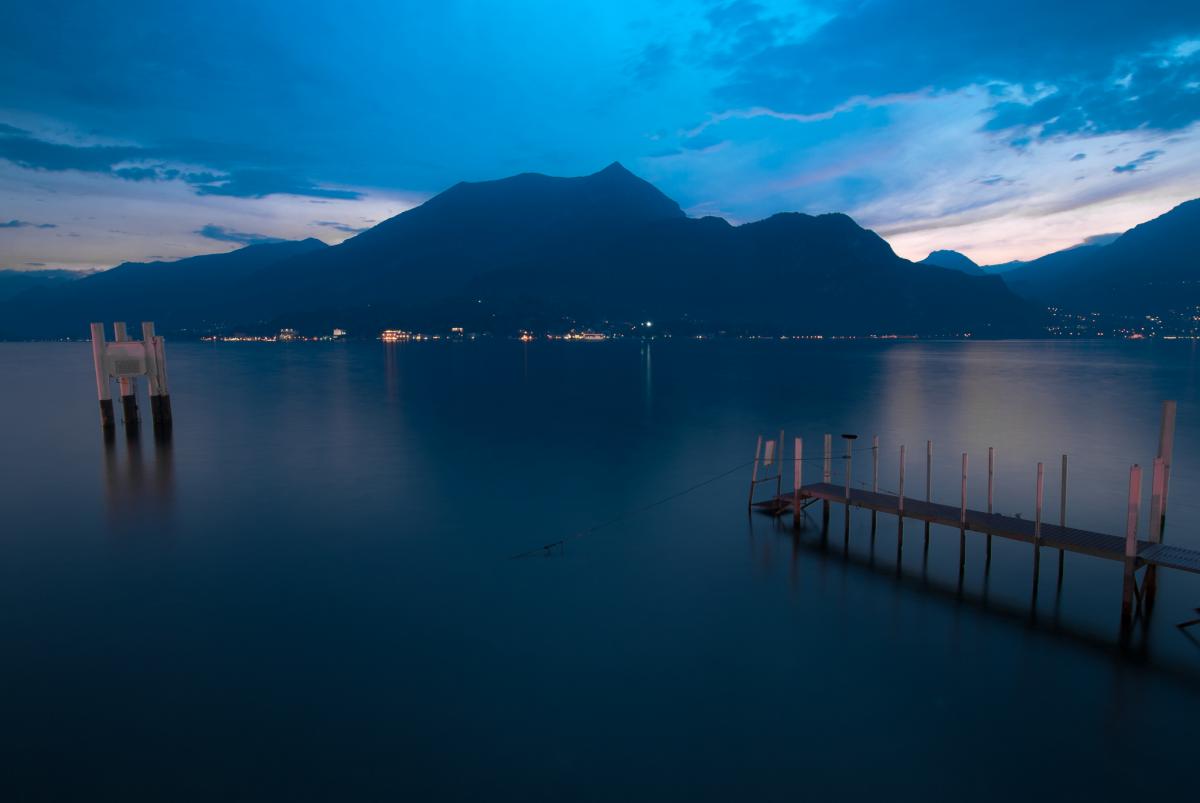 Shaped like an upside-down letter Y, Lake Como is the third largest lake in Italy and one of the deepest lakes in Europe; famous all over the world for its stunning villas and lush vegetation, it has been a popular retreat for aristocrats and wealthy people since Roman times, an inspiration to artists of all nationalities and a top tourist destination with many cultural and artistic jewels.

“This lake exceeds anything I ever beheld in beauty, with the exception of the arbutus islands of Killarney. It is long and narrow, and has the appearance of a mighty river winding among the mountains and the forests. ...” - Percy Bysshe Shelley, in a 1818 letter to his dear friend Thomas Love Peacock.

Like many other poets and writers of the time, the Romantic poet par excellence visited Lake Como during his trip to Italy and was struck by the enormous beauty of this natural wonder in the shadow of the Rhaetian Alps. His wife Mary Shelley also mentions Lake Como in her Gothic novel Frankenstein, the character of Lieutenant Henry talks about taking a holiday to Lake Como in A Farewell to Arms by Ernest Hemingway. Long known for its Mediterranean-like climate where sub-tropical plants can grow year-round, the most spectacular of the Italian lakes has always been famous for its landscapes, wildlife, spas and dream villas that have been built on its shores since the time of Pliny the Younger. Many celebrities have or have had homes on these squiggly shores (e.g. Matt Bellamy, George Clooney, Madonna, Donatella Versace...); many movies were filmed in various locations around this fascinating Lake (e.g. The Pleasure Garden, A Month by the Lake, Star Wars: Episode II - Attack of the Clones, Ocean's Twelve...). Also an ideal venue for sports and recreational activities such as sailing, windsurfing, kitesurfing, trekking and biking, Lake Como attracts thousands of visitors every year who are eager to take a step back from the hectic pace of everyday life and spend some time in one of its many quaint towns and villages. In this article, we are going to introduce you to Como and Bellagio, two popular travel destinations along the Lake Como shoreline.

Como – The Birthplace of Pliny the Elder and Younger

Founded by the Romans in 196 BC, Como lies at the southern tip of the south-west arm of Lake Como, approximately 50 kilometres north of Milan. Situated near the border with Switzerland, it was the birthplace of many historically significant figures such as Pliny the Elder, Pliny the Younger, Italian physicist Alessandro Volta and Cosima Liszt, second wife of Richard Wagner. The town is internationally famed for its scenic beauty and has a charming historic centre which is home to a number of worth seeing sights such as the Duomo (whose dome is a rococo structure by Filippo Juvarra), the Broletto (Como's medieval town hall), the Teatro Sociale (which became the alternative opera house for Milan’s La Scala when the theatre was damaged during WW2), Palazzo Terragni (the former Casa del Fascio) and the Basilica di San Fedele (often likened to a clover leaf). Other popular tourist attractions include the Tempio Voltiano (a museum devoted to Alessandro Volta's work), the Museo della Seta (which draws together the threads of Como's silk history) and Castello Baradello (a small medieval fortification overlooking the town). A must-do stroll whilst visiting Como is the lakeside walk west from Piazza Cavour (once the site of the Rockefeller fountain that now stands in the Bronx Park in New York City). This passeggiata leads you to a series of spellbinding mansions and villas before arriving at neoclassical Villa Olmo, whose marvellous gardens are freely accessible to the public during the daytime. Another unmissable thing you can do in Como is to take the funicular up to Brunate, a peaceful village that seems to float above the lake, literally filled with old Liberty-style buildings.

Bellagio – The Pearl of Lake Como

Bellagio sits at the intersection of the three branches of Lake Como, upon the cape of the land mass that is known as the Larian Triangle. In Roman times, Pliny the Younger had a villa named “Tragedy” under the crown of the town hill, where Villa Serbelloni now stands. Another historic jewel in Bellagio is Villa Melzi d'Eril, which was mentioned by Stendhal in his récit de voyage Rome, Naples and Florence: “I isolate myself in a room on the second floor; there, I lift my gaze to the most beautiful view in the world, after the Gulf of Naples...”... as you may have already understood, Bellagio stands out for its villas; however, before introducing you to these magnificent buildings, we would like to spend a few words about this long-established resort town and its incomparable landscape. Nobody has ever described Bellagio better than Flaubert: “One could live and die here. The outlook seems designed as a balm to the eyes... the horizon is lined with snow and the foreground alternates between the graceful and the rugged – a truly Shakespearean landscape, all the forces of nature are brought together, with an overwhelming sense of vastness.” Mostly inaccessible to cars, Bellagio old town is a maze of steep stone stairs, colourful buildings and rhododendron-filled gardens nestled between the hills and the shoreline; the bewitching waterfront is lined with restaurants, cafes and luxury hotels, many of which have been hosting guests since the beginning of the 19th century. Despite the daily influx of visitors, Bellagio hasn't lost its charm and is a fantastic place to while away a sunny day, spend a romantic weekend or simply slow down; conveniently connected by road and ferry to Como, Cadenabbia, Varenna and Colico, it is also a good base for exploring the lake.

Not to be mistaken with Grand Hotel Villa Serbelloni, this 15th century villa stands on the slopes of the Bellagio promontory and its gardens cover much of the hill behind the town. The interior is closed to the public, but you can take a guided tour and see its wonderful park studded with pine, oak, fir, osmanthus, myrtle and juniper trees. Another good reason for visiting Villa Serbelloni is the scenery: the grounds look out over the lake, offering views you can't enjoy from the town centre. Owned by the Rockefeller Foundation since 1959, the villa hosts international conferences often held by US scholars.

This Neoclassical-style villa was built at the beginning of the 19th century as the summer residence of Duke Francesco Melzi d'Eril, who was one of Napoleon’s associates. Decorated and furnished by famous artists such as Canova and Appiani, it is set in an English landscape park which extends harmoniously along the banks of the lake and includes an orangery, a private chapel, a Venetian gondola and two valuable Egyptian statues. The park – the first English-style garden to be built on Lake Como – is also coloured by rare exotic plants, hedges of camellias, groves of azaleas and giant rhododendrons.

Thinking of visiting Como and Bellagio? Of course you can travel independently, but if you are visiting Milan and feel like going on a group tour to Como and Bellagio, you can contact www.ciaoflorence.it for details.