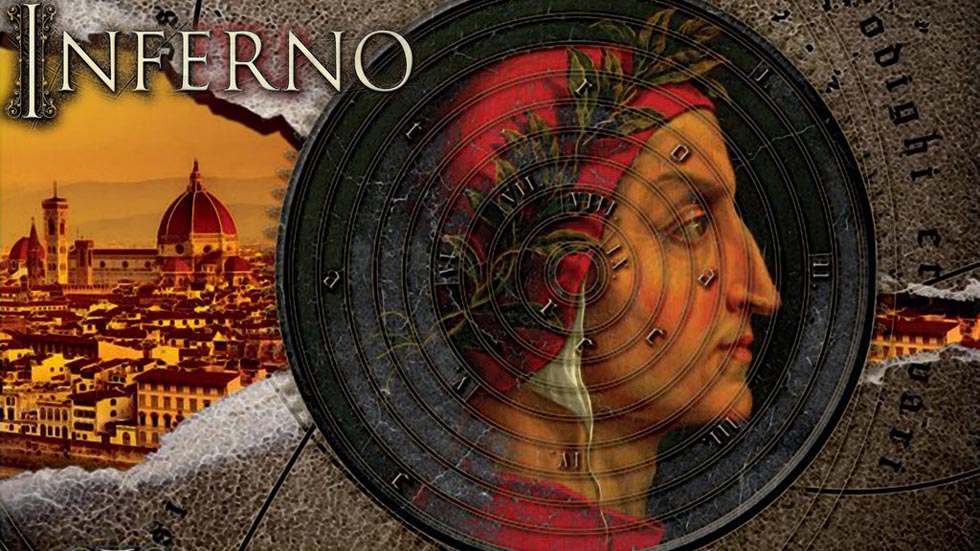 Discovering Florence in the footsteps of Dante Alighieri: “Must-sees”

In 1265, one of the greatest poets of all time was born in Florence, Italy. Dante Alighieri has an incomparable legacy… After Dante, no other poet has ever reached the same level of respect, recognition, and fame. Not only did he transform the Italian language, but he also forever altered European literature. Among his works, “Divine Comedy,” is the most famous epic poem, continuing to inspire readers and writers to this day.

So, how did Dante Alighieri become the father of the Italian language? Well, Dante’s writing was different from other prose at the time. Dante used “common” vernacular in his poetry, making it more simple for common people to understand. Moreover, Dante was deeply in love. When he was only nine years old, Dante experienced love at first sight, when he saw a young woman named “Beatrice.” His passion, devotion, and search for Beatrice formed a language understood by all - love. For centuries, Dante’s romanticism has not only lasted, but also grown.

For those interested in discovering more about the mysteries of Dante Alighieri and his life in Florence, there are a handful of places you can visit. As you walk through the same streets Dante once walked, imagine the emotion he felt in his everlasting search of Beatrice. Put yourself in his shoes, as you explore the life of Dante in Florence, Italy. Consider visiting the following places:

Casa di Dante
Where it all began… Dante’s childhood home. Located right in the center of Florence, you can find the location of Dante’s birth and where he spent many years growing up. Although things look a little different now, you can find a very interesting three-story museum dedicated to his meaningful life. Discover the museum’s completely unique, “multi-sensory journey.” On this virtual reality journey, you can go on a fascinating tour to see his original home and Florence during the thirteenth century! You can also learn all about Dante’s original poems.

Santa Margherita dei Cerchi
Then, you can find Santa Margherita dei Cerchi right around the corner from Dante’s home. This was the local church, and where Dante’s family attended mass. However, it also had a very special meaning to Dante… According to traditional legends, this is where Dante first saw his love, Beatrice. Then, many years later this is where Dante married Gemma Donati; although, he was still deeply in love with his lost soulmate - Beatrice.

Fun fact - There is a local Florentine tradition that, if you are having troubles in your love life, you can visit this church for good luck. Many heartbroken lovers will write love letters and leave them in Beatrice’s shrine inside Santa Margherita dei Cerchi

The Home of Beatrice
After visiting the local, ancient church, make a quick detour to Palazzo Portinari. Although this is now the location of a modern apartment, it was once the home of Dante’s beloved Beatrice. Take yourself back in time, and imagine Dante hopelessly walking down this same street hundreds of years ago, struggling for glimpses of the lovely Beatrice.

Piazza del Duomo
While exploring the streets of Florence, you will inevitably find Piazza del Duomo. The giant square is home to the magnificent pink, green, and white Cathedral, Duomo, Baptistery, and Bell Tower. As you walk around the square, take a moment to look for something new… On the southern end of the Cathedral, you can find Dante’s stone or, “Sassi di Dante.” This is the exact location where Dante sat, relaxed, and wrote his epic poetry. According to local legends, Dante was greatly impressed by the construction of the cathedral, and his inspirational feelings flowed into his writing. Now, there is a large, marble plaque dedicated to him.

As you continue around the square, you will see the large Baptistery of San Giovanni. Not only is this Baptistery beautiful, but it is also ancient. This is the location where, thousands of years ago, Dante himself was baptized! The Baptistery and Cathedral are fascinating locations, and if you have time, it is a great place to experience a guided tour to learn more.

Another way to enhance your journey in Dante’s footsteps is by visiting the Museo dell’Opera. This museum is dedicated to the history of Florence’s Cathedral and Brunelleschi’s dome. It is home to a magnificent number of historical relics, paintings, and more. Here, you can find a beautiful painting of Dante, “Dante and the Three Kingdoms,” by Domenico di Michelino. Discover the beauty of this work and how it illustrates the famous, “Divine Comedy.”

National Museum of Bargello
Although now a national museum, Palazzo Bargello was once the City Council Hall of Florence. Take yourself back in time… Dante was standing on the same stones in which you stand. He entered Palazzo Bargello after being involved in a political scandal. It was decided he would be banished from the city, and Dante was forever exiled to Ravenna. Imagine how he felt standing there, knowing he had to leave his home, and Beatrice, for the rest of his life.

Before you get too emotional, Bargello is now home to a fascinating art museum. It is home to Renaissance masterpieces by Caravaggio, Raphael, and even Michelangelo. While you are exploring the museum, be sure to look out for Giotto’s famous fresco of Dante. This is possibly the oldest Dante portrait in existence, and one of the most well-known.

Palazzo Vecchio
After discovering where Dante was born, baptized, grew up, and frequented, let's take some time to explore Dante’s legacy after death. Make your way to the famous Palazzo Vecchio!
Located in the civic center of Florence, you can find the famous Palazzo Vecchio. This palace is a hidden gem - filled with innumerable cultural treasures. From its underground Roman theatre, to its painting collection, the famed tapestries, and of course - the Arnolfo Tower. Palazzo Vecchio is a must-see for any art or history enthusiast!

One peculiar item located in the palace is Dante’s “death mask.” Sculpted about 150 years after Dante’s death, this famous carved mask is supposedly designed from Dante’s true face by Pietro and Tullio Lombardo. Although there is no way to be sure if the face is accurate or not, this mask holds great sentimental value to Italian tradition. The death mask was passed down from one generation to the next in noble families until it reached Palazzo Vecchio. Now, when you visit, you can get a firsthand glimpse of the “original” face of Dante Alighieri.

Chiesa Santa Croce
Last on your list of Dante “must-sees” in Florence will bring you to the Santa Croce church. Here, you will be welcomed by a marvelous, marble statue of Dante standing tall outside of the church. Erected in 1865 for the poet’s 600th birthday anniversary, this church holds a great importance to the legacy of Dante Alghieri.

There is a very peculiar story about Dante after his death. As discussed earlier, Dante was exiled to Ravenna due to a political conflict, and this is where he died. However, hundreds of years after his death, Dante (of course) became overwhelmingly famous, and Florentines decided he rightfully needed to be returned to Florence. The Florentines built a king-like tomb for him inside Sante Croce as they prepared for his proper burial.

Legend has it that Franciscan monks removed the remains, and they were left in a monastery near Ravenna. So today, although the memorial inside Sante Croce remains empty, Dante’s spirit lives. You can find his legacy in every street, church, monument, and even in coffee shops and restaurants. Dante Alghieri will always be in the hearts of the Florentine people.